5 The Most Destructive Tsunami Stories in History, Starting from Japan to Indonesia

The earthquake and tsunami that destroyed Japan in 2011 showed that modern life is still vulnerable to the forces of natural disasters. Even with what happened in Palu last September

What Really Happened in the 2004 Tsunami?

Geologists call the 2004 tsunami a “monster earthquake.” An earthquake that shocks last longer than usual. Followed by mountains of waves crashing onto the beach at breakneck speed.

The December 2004 tsunami wave was recorded as the worst natural disaster in modern history. An event with an unimaginable dimension, in terms of the number of victims, as well as from the geological aspect.

Giant waves occur after an earthquake under the sea, about 100 kilometers west of the coast of Sumatra, at 07:59 local time. The epicenter was at a depth of about 30 kilometers below the seabed. There are two colliding continental plates. Severe pressures then cause one plate to shift down another plate. That happened on December 26, 2004, on a 1000 kilometer line. This is a very rare event.

Why the giant tsunami waves appear? 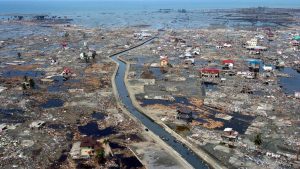 One of the continental plates shifted up to 15 meters, so it moves vertically. That caused the seabed in several places to move up to 10 meters. That’s what makes the sea level at the site rises suddenly. The water that is pushed then forms a big wave, which moves at very high speed, as fast as a jet, and moves towards the coast. In deep-sea areas, fast-moving water is not very pronounced on the surface. But toward the increasingly sloping coastal areas, the waves will roll higher and higher. On the coast of Sumatra, wave height has reached about 30 meters.

What about fatalities and damage from the tsunami?

In the Indian Ocean, from Sumatra (Indonesia) to the Andaman Islands, Thailand, South India, Sri Lanka and parts of Africa, there were around 230,000 people killed in 14 countries. The worst damage occurred in Sumatra, with around 170,000 dead. All buildings in the coastal area were destroyed, in some places up to a distance of five kilometers on land. Millions of people are left homeless.

Who has the possibility of surviving?

Tourists who are diving in the middle of the sea, feel the tides are faster, but they experience nothing. Also, the fishermen who are at sea, do not feel there will be giant waves. Residents who react quickly and can flee to the high ground are also saved. People who live at the top of the house, who are tall enough and strong enough to resist the lunge of water and things that are dragged along with the water, can survive.

Are there any warnings for residents?

No one in the disaster area had a tsunami emergency plan at that time. United States tsunami warning center in Hawaii immediately realized and make an emergency call, that there were a great earthquake and the threat of a terrible giant wave. But they did not know which parties to contact in the disaster area. So they issued a general warning.

What has been done since the great disaster? 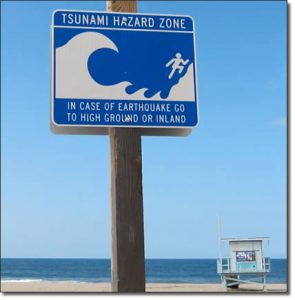 Now a tsunami early warning system has been built along the waters between Indonesia and Thailand. Every change in the water level is monitored for 24 hours, and there is an automatic warning if there is a sudden change. The early warning center in Jakarta is ready to send warnings to regions throughout Indonesia.

With the help of German experts from the Geological Research Center in Potsdam, the tsunami early warning system was successfully functioning. Warnings will also be sent via SMS to regions. Many hotels in the coastal area now have warning boards and evacuation plans in case of a tsunami threat.

How big is the risk of a tsunami in the future?

Tsunamis cannot be predicted. Tensions between colliding plates always occur. Continental plates to the west of Sumatra have been under pressure until now. In April 2012, there was another underwater earthquake in the region with a magnitude of 8.6 on the Richter scale. But there was no large and wide tsunami wave. Why? Because the plates were moving horizontally.

How Japanese Deals with Earthquakes and Tsunamis

Japan is a developed Asian country, parallel to South Korea and China, which are now economic giants. Who does not know products from Japan, electronic devices from television, sound systems, to automotive, Japanese products are known for their quality assurance. We are undoubtedly familiar with the brands of Honda, Yamaha, Toyota, and others. Japanese brands echoed also reached the international market. However, besides being known for its strong work ethic and rapid economic development, Japan is also synonymous with disaster countries.

This time we will get to know more about what causes Japan to be a country prone to natural disasters and how its people adapt to inherent challenges that cannot be underestimated.

Here are two types of disasters that most often occur:

As in Geography, the earth’s crust has many parts. In the invisible part, the plates move. Considering Japan is right at the meeting point of three tectonic plates that are actively moving, it’s no wonder that the earthquake is like a daily food.

The number of active volcanoes, such as Mount Fuji, also adds to the power of earthquake activity on Japanese soil. Spurting magma contributes to the severity of natural disasters if they occur. An earthquake that has a large force and its effect to affect the sea trough has the potential to cause a tsunami. The damaging effects of the tsunami increased the number of victims and worsened damage to public facilities or buildings.

The right side of many volcanoes is that the soil becomes fertile. Lava vomit that reaches the ground, after a long time it will improve soil content. No wonder we can see Japan’s agricultural region is also very green and lush.

Given the dangerous risks of such natural and geographical conditions, the Japanese government has launched many disaster prevention and prevention programs that are now pilot projects in other countries.

These breakthroughs include the following: 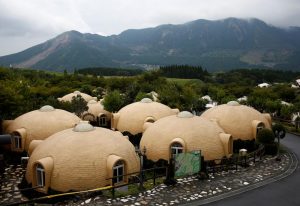 In constructing multi-story buildings, public facilities, and especially for residential areas, the Japanese government has high standards to judge whether the building is worth standing or not. The two main requirements for qualifying to build are that the building will not collapse due to an earthquake within the next hundred years and will not be damaged due to age or things beyond the shock for the next ten years. The contractors must report all materials used to build until they are declared feasible, then they can start their work.

For Japanese people who live on the coast, the area is equipped with tsunami warning equipment. The tool will automatically ring or give a signal a few minutes before a potential tsunami occurs. The goal is that residents can flee to high places before a disaster occurs. Also, cell phones in Japan are equipped with earthquake warning systems. If there is an unusual vibration on the ground, then there will be a signal that responds to the cell phone to give a warning to the public. The message on the cell phone works a few seconds before the earthquake occurs so that people can immediately find shelter. 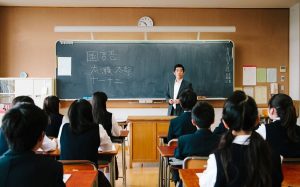 Given the earthquake-prone location, education facing disasters has been included in the Japanese education curriculum. School students are trained from kindergarten age so as not to panic when an earthquake occurs. Disaster simulations are also often performed, and this is also applied to adults. They will be taught to bend under the table immediately or look for the corner that will have the smallest risk of being crushed by rubble.

Japanese people are also given instructions to prepare provisions for disasters to occur to survive until rescue teams come to evacuate. Emergency backpacks containing medicines, food supplies, warm blankets, and other supplies must also be prepared so that they can be brought at any time at the evacuation site.

We can learn many things from Japan, not only from their culture and work ethic. Readiness in dealing with natural disasters is exemplary, especially for people whose territory is also often affected by disasters.